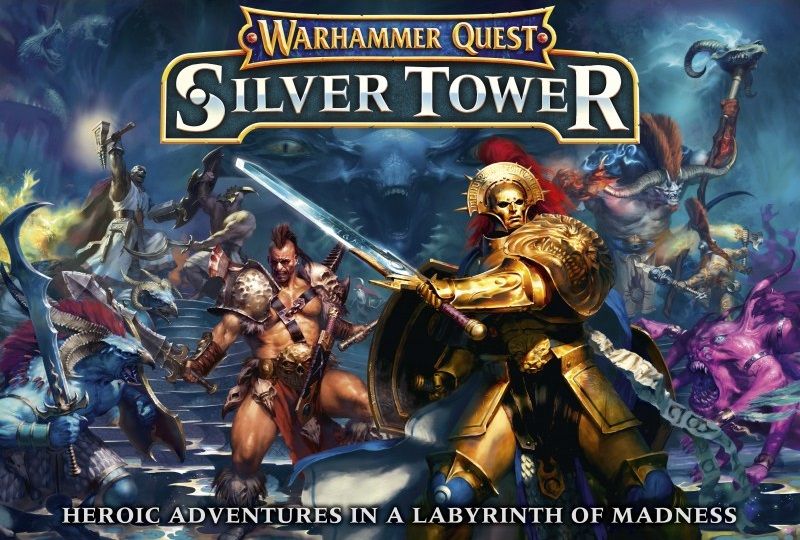 The long-awaited return of the classic dungeon-crawl! Throughout the mortal realms the legends of the Silver Tower are recounted with awe and admiration. Tales of disparate champions good and evil, brought together by naught more than fate, battling against sanity-shredding horrors in the ever-shifting domain of the Gaunt Summoner of Tzeentch. Tales of bravery, heroism, treachery and betrayal. Tales of teamwork, success, and glory-hunting failure. Some who tackle the Silver Tower seek a boon from the Gaunt Summoner, others wish to learn his true name, that they might destroy him. All must face foul, writhing monsters, bizarre, labyrinthine corridors bristling with traps and strange, maddening riddles before they even gain the chance to stand before his fell sorcery. The greatest champions, those who grow in strength over time as they solve the Silver Tower’s secrets, even they may fall at this hurdle – yet the riches, power and freedom they could gain drive them ever forward. But for every tale that ends in glory, another falls short, bringing only madness and despair… Warhammer Quest: Silver Tower is a stunning boxed game for two to four players, set in the shifting, labyrinthine lair of a sinister Gaunt Summoner! Work with your friends to conquer the secrets of the Silver Tower, or take the glory for yourself – characters level up and become stronger with persistent stats kept between games. The thirteen double-sided board tiles mean no two adventures need be the same; a roll of the dice can send your adventurers off on wild tangents, with literally thousands of different dungeon-crawl combinations.