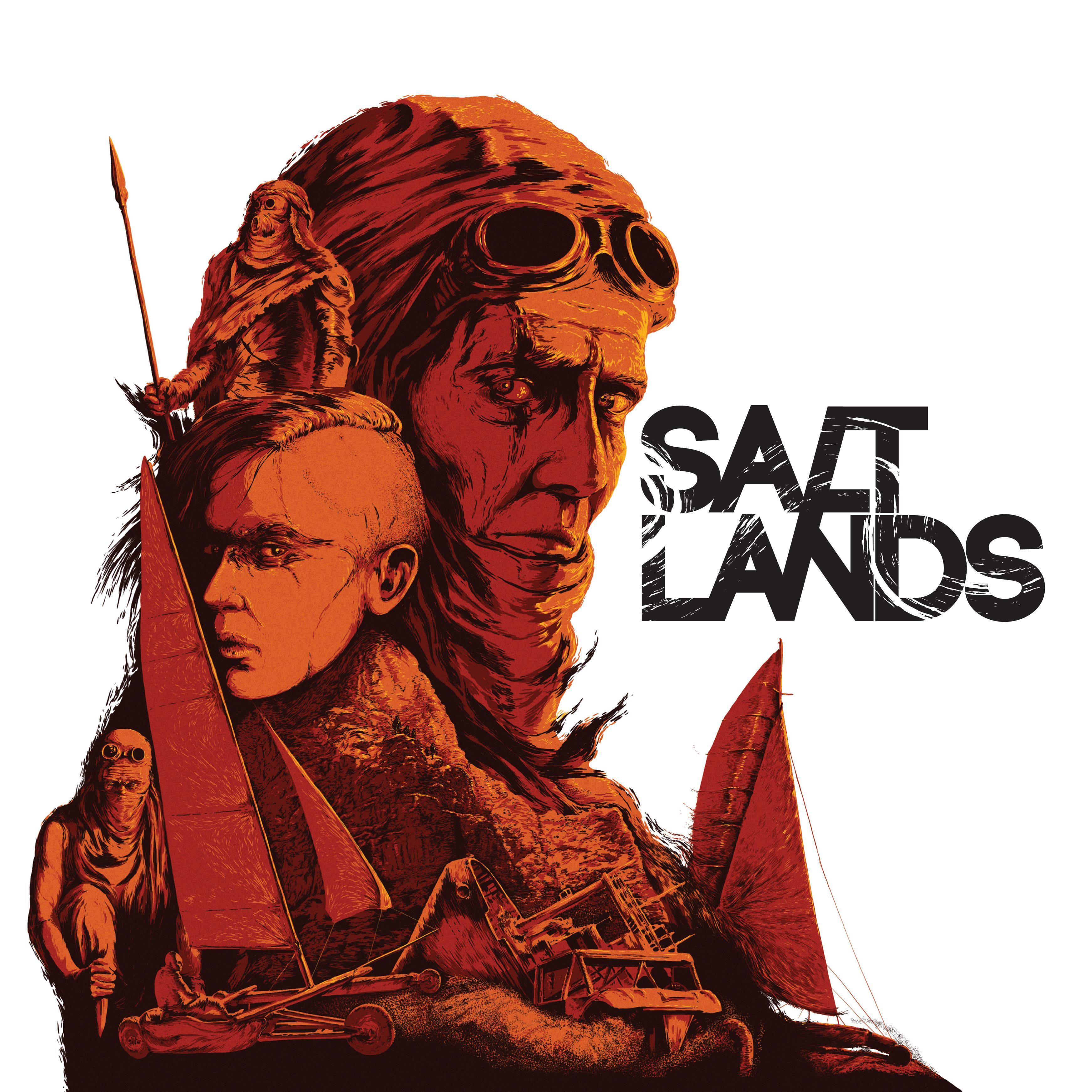 The Earth has dried out and civilization with it. Some of the survivors have managed to eke out a living on the Saltlands: plains left behind by a once great ocean. Adapting to their environment they use land sails with wheels on these flats. But the Apocalypse is not done with the Saltlands, from the west a storm of raiders, a terrifying Horde on gas guzzling machines approaches in search of their lost God. Only those among the first to escape have a chance! In Saltlands, the first group of players to find and reach an exit point wins, leaving the rest to the Horde. There are no fixed teams, players can decide to co-operate or backstab each other as they see fit. Each player starts the game with a single captain but may increase his crew as the game progresses. Each crew member represents an extra life and an action each turn. Players move with their land sails according to the wind direction: being able to criss-cross slowly upwind or speed in the fastest direction, sailing on a broad reach. Each player can choose which group of raiders to move at the end of their turn until all raiders have moved. This allows players to help each other or force confrontation with the raiders. Players can fight the raiders and take their vehicles as an alternate mode of transport.