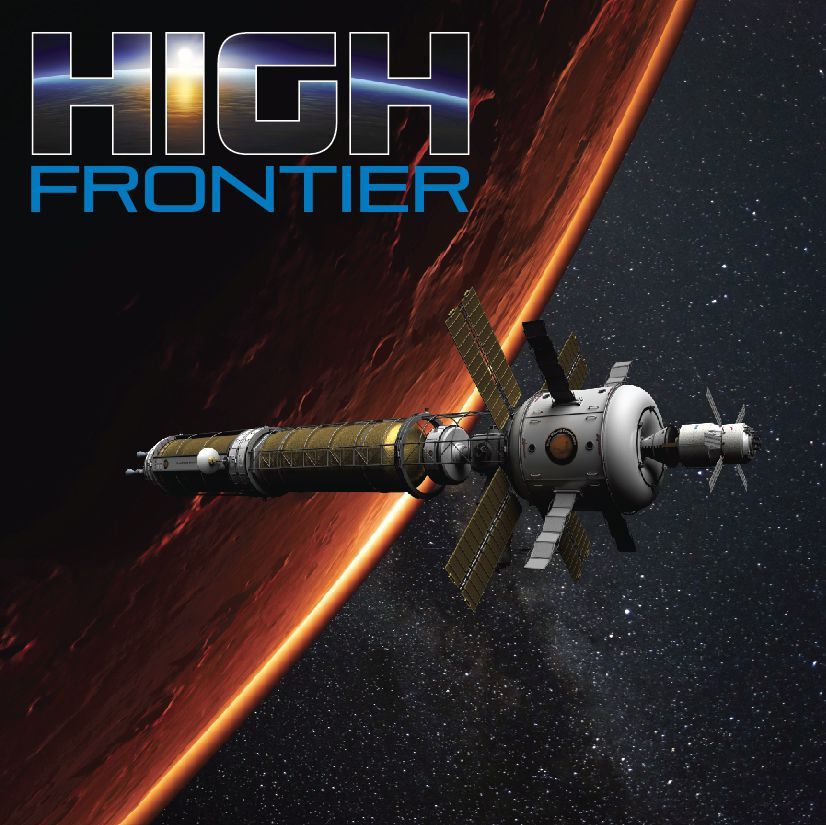 High Frontier (3rd edition) is a space exploration game by Phil Eklund. The players take control of different space enterprises trying to establish factories on planets and asteroids. Each player begins with three water tanks (fuel). In turns each player uses two action points to do some of the eight actions available, e.g. move space ship or buy new technologies. When the predetermined number of bases is built the game ends. The winner is the player with the most victory points. High Frontier (3rd edition) is a "deluxe" edition including both the High Frontier base game and the Colonization expansion, as well as 31 new card designs and redesigned charts. The rules are in four volumes: Basic, Colonization, Interstellar, and Super-Advanced Variants.