Heir to the Pharaoh 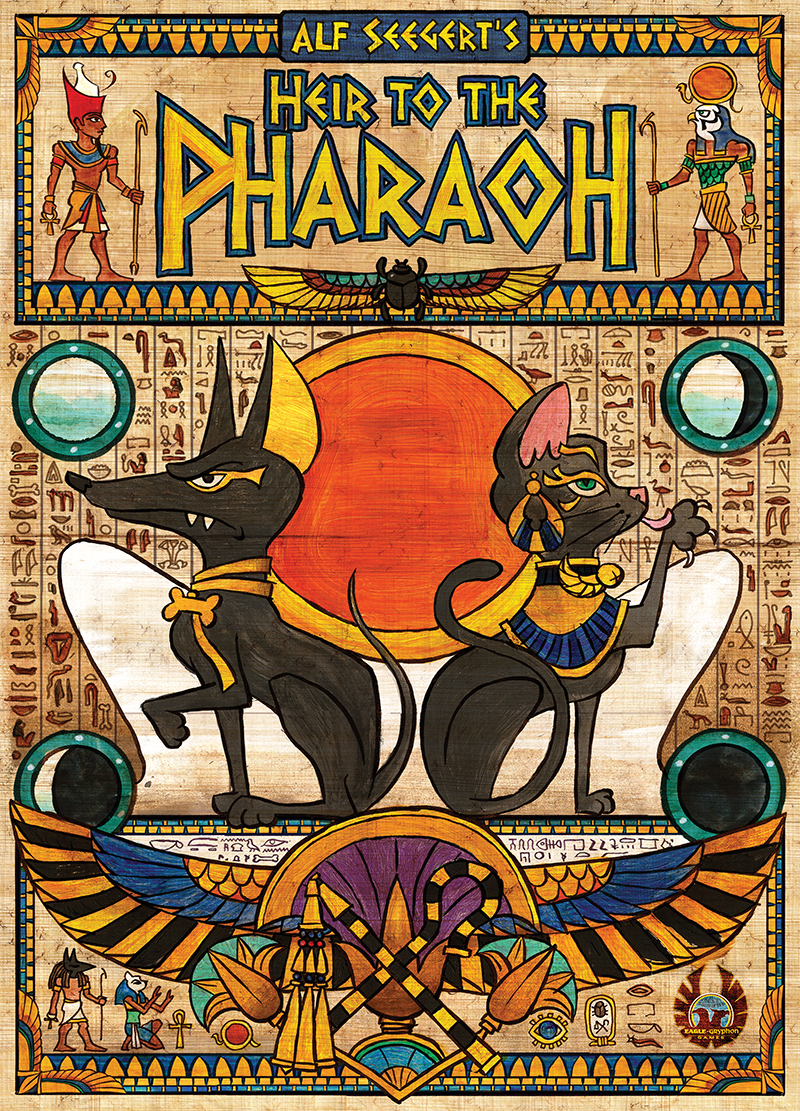 Ancient Egypt is going to the dogs — or maybe to the cats? Displeased by his children, the Pharaoh favors his pets instead. He has decided to alter the lines of succession and will bequeath his entire kingdom either to the feline goddess Bast or to the canine god Anubis, but which one? In Heir to the the Pharaoh you and your opponent play as Bast and Anubis, each one vying for the Pharaoh's affection — and for his throne! Impress the Pharaoh by digging your mighty paws into the sand. Build majestic Shrines, Sun Temples and Obelisks! Use Animal Magic to unleash the power of the gods, who will help you win the favor of the Pharaoh! In more detail, the game combines intense card play with a spacious and colorfully illustrated game board. It mingles multiple mechanisms, including civilization-building (with tile placement and network building), bidding, set collection, area control, and hand management (with players required to exchange all used cards with their opponent at the end of each round). Seven separate player abilities re-combine each round, depending on the favor of the gods earned that round by each player. For example, earning the favor of the god Ra lets you add a Player Disc to the current Sun for area control around the edges of the board. Ptah allows you to claim the current Monument Card for set collection scoring. Seshat lets you place the current Monument Standee on the board to add to the network of Monuments in play. Geb and Nut let you claim and rotate this Monument Standee and aim it at other Monuments to score points. The Pharaoh lets you secretly contribute cards to the construction of the Pyramid, awarding the greater contributor many points at the end of the game. Over a series of eight rounds, players work to build a Pyramid and a series of smaller monuments to impress the Pharaoh. By performing actions unique to each god, players build monuments and align them to point at other monuments, gaining influence over the Pharaoh as they do so. Once the Pyramid is completed, the player with the most points is declared the Heir to the Pharaoh and wins the game.