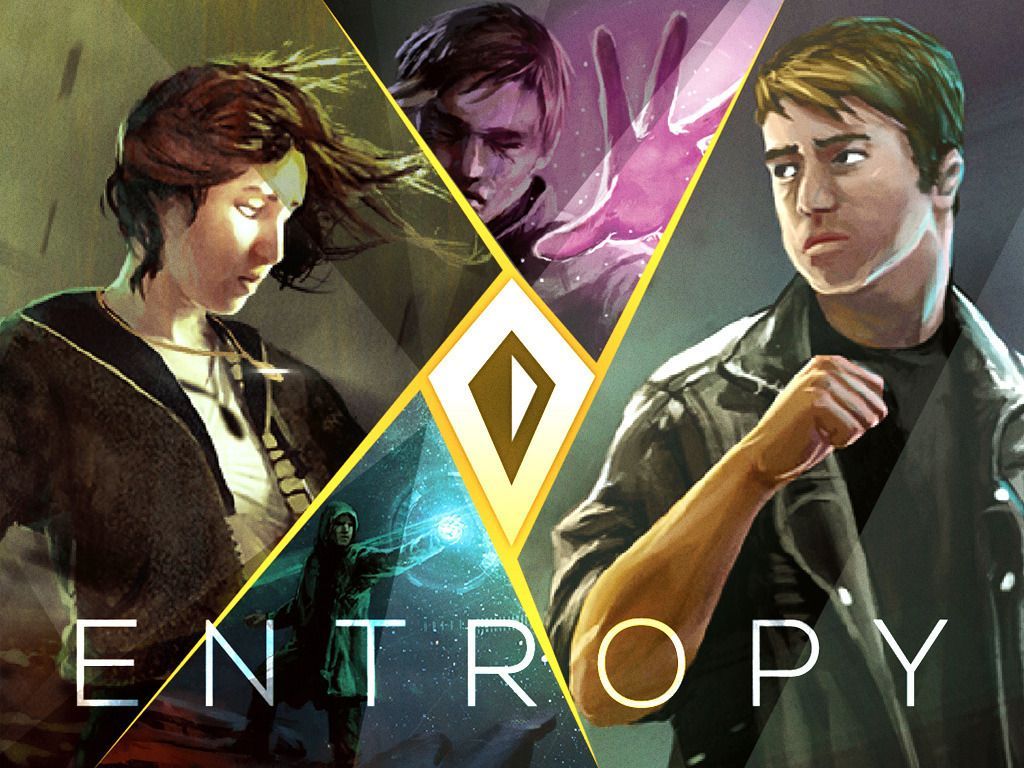 Entropy is a competitive card game of risk, deception and action management for 2 to 6 players. Five parallel worlds have collided, forming a Nexus where time and space is folded unto itself. You play as one of five characters jettisoned from their world and into the Nexus. Through the use of unique character abilities and special actions, players must find fragments of their reality and be the first to piece them back together in order to find their way back home. Each turn players select an action card in secret. Once players are ready, they simultaneously reveal their selected card. Players then resolve the chosen action in order of the card's initiative, with a value of 1 going first. Should two or more players select the same action, a temporal clash occurs and players involved in the clash do not get to resolve their action. After four actions have been played, the game moves into a temporal reset phase. During this phase, all cards in the discard pile are shuffled back into the Nexus deck. Players then return played action cards back to their hand and a new round begins. The game continues until one player have revealed all four fragments from their character's reality.