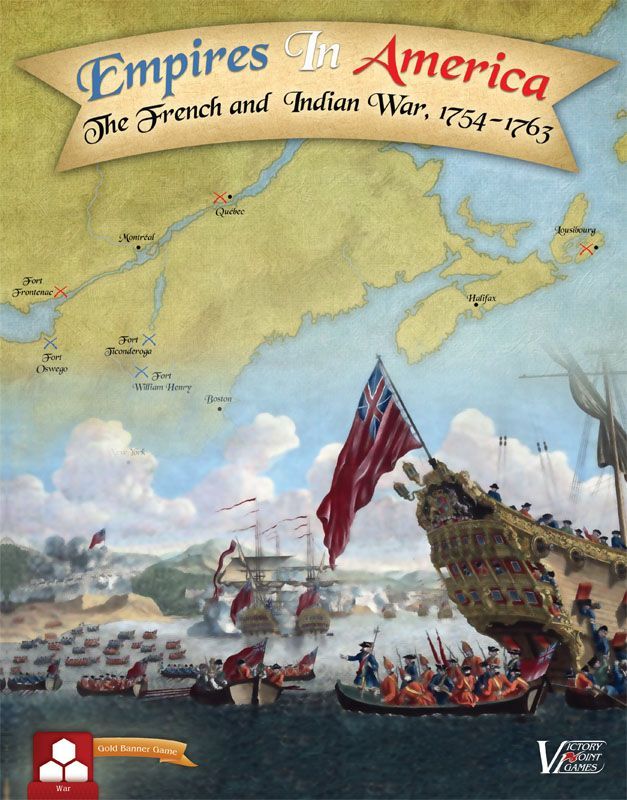 Empires in America (EIA) is a solitaire States of Siege™ Series game of the conflict in North America between the French and British in the mid-18th century. This war, known locally as The French and Indian War, became embroiled in Europe’s Seven Years’ War (1756-63), which caused that conflict to expand into a true World War (this was World War 0, for those keeping count). The French and Indian War saw small armies (with Indian allies joining them, particularly on the French side) march through vast wildernesses to fight battles which decided America’s fate. This war was a prelude to the American Revolution that broke out two decades later. In EIA you control the French (and Indian) forces and the game system controls the British (and their Indian allies). Empires in America (second edition) FAQ