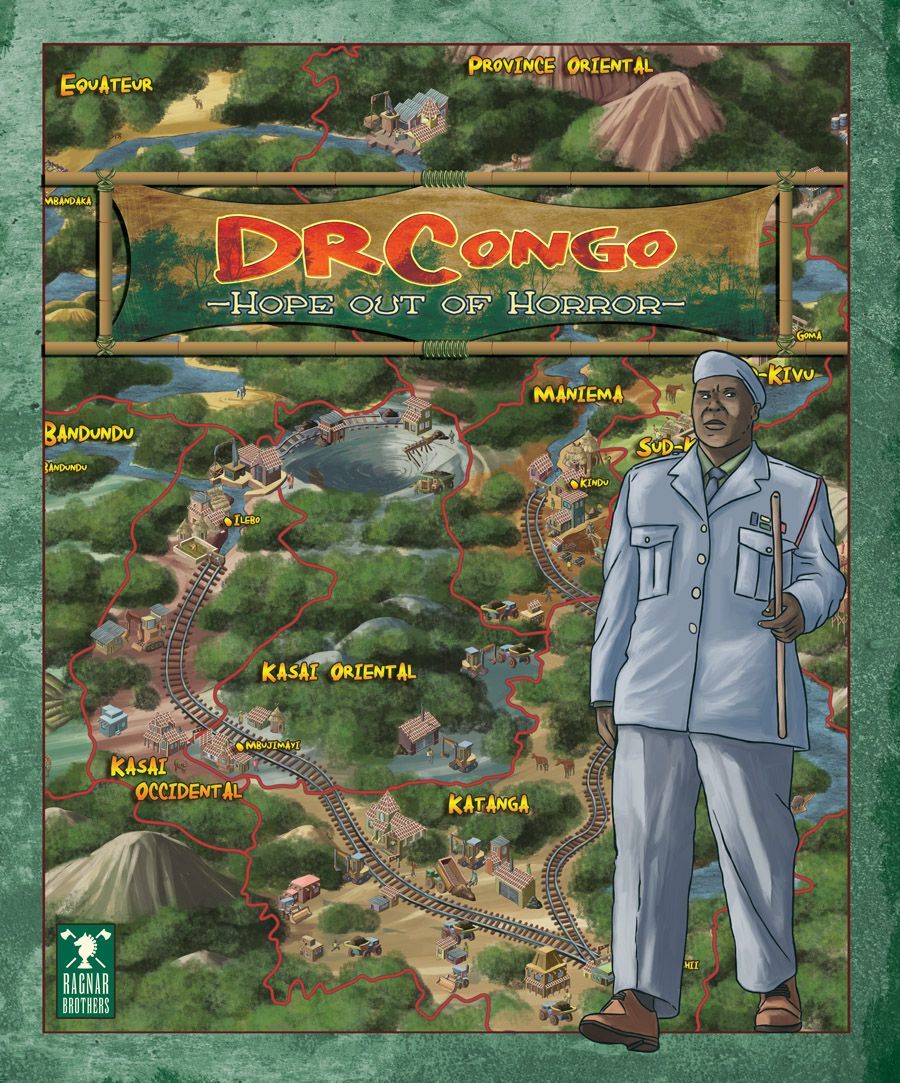 DRCongo explores a hopeful hypothesis that if enlightened industrialists worked to develop the economy of this mighty country, then it would escape the clutches of a crippling insurgency. Players build industries and expand a transport network of river, rail and roads. Oil, minerals and crops are produced and if sold via the Atlantic port of Matadi, players reap rich rewards. Players develop their own cities and hydroelectricity can be sold to these. The game is built in four game layers with layer two introducing insurgents and peacekeepers, layer three the Government, and layer four strategic interventions by other countries. The game is played on a map showing the eleven provinces of Democratic Republic of Congo and their "capital" towns. Transport routes are shown and include the major rivers and railways and export routes. In a turn a player may carry out one of five actions: build industry, place transport, develop city, produce resources, or sell resources. A neat and tidy economic game is made complicated by the presence of insurgents at game start, and these are suppressed and eliminated by use of players peacekeepers. This is a typical Ragnar Brothers dice combat system — simple but bringing tension and fun to proceedings.