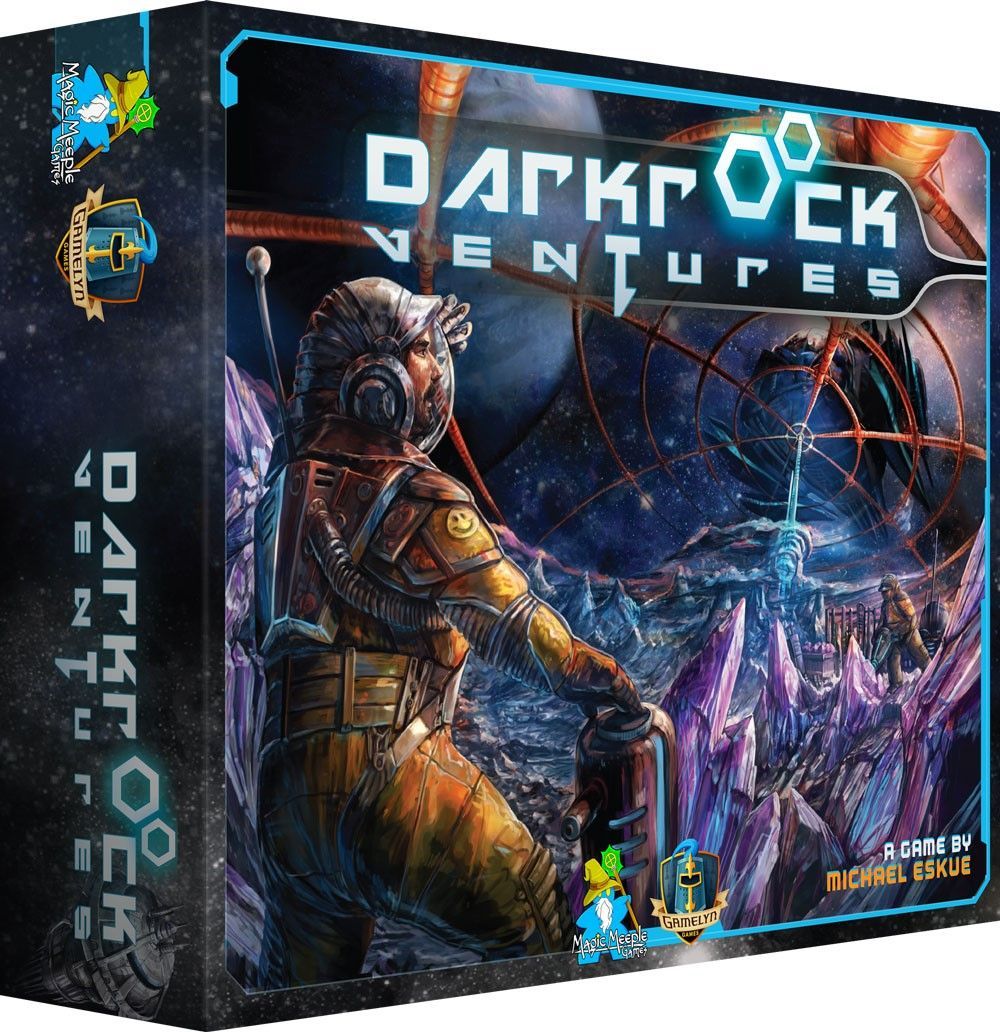 DESCRIPTION: Darkrock Ventures is a worker placement game about mining and exporting in a hostile outer space. Players will be controlling a mining company working in harsh conditions to acquire the most credits. GENERAL INFO: A euro game for 1-5 players that plays in about 30-45 minutes. THEME: Science Fiction. Space is a hostile environment with a known alien presence. Resources are scarce and it is commonplace for companies to mine asteroids to acquire them. It is known that aliens raid these asteroids and therefore mining companies are geared accordingly in preparation of being attacked. Lives are lost in this line of work daily, but if you run a good crew you can make it out alive and rich! HOOK: Richly thematic euro incorporating dice and dice manipulation, with worker placement, resource farming and exporting. WINNING CONDITION: Highest Credits when the end of the game is triggered. Credits are acquired primarily from exporting minerals mined from the asteroid. MECHANICS: A round begins with rolling a set of Power Dice, these are community dice that players will use in order to successfully mine the asteroid. Players then take turns placing workers throughout different space stations and on a mineral rich asteroid. After all the workers have been placed a third and more volatile Power Die is rolled. A player starts his/her turn by rolling his/her Rig Dice, these represent the a power element of his/her mining equipment that is to be paired with the community Power Dice in order to successfully mine resources from the asteroid. Then he/she resolves all his/her workers. As soon as players begin exporting minerals, hostile alien ships begin patrolling and will attack every round making it more difficult to resolve all the workers successfully. Throughout the game, players will be increasing their worker count, gaining and spending credits (which are the victory points), gaining additional Rig Dice and acquiring explosive Neutronium bombs to protect them from the alien attacks. When 3 of the 6 resource nodes on the asteroid are void of minerals the end of the game is triggered. The round is finished and the player with the most credits wins the game. Darkrock Ventures will also include special 2-player game rules, as well as a Solo/Co-Operative variant.