Comanchería: The Rise and Fall of the Comanche Empire 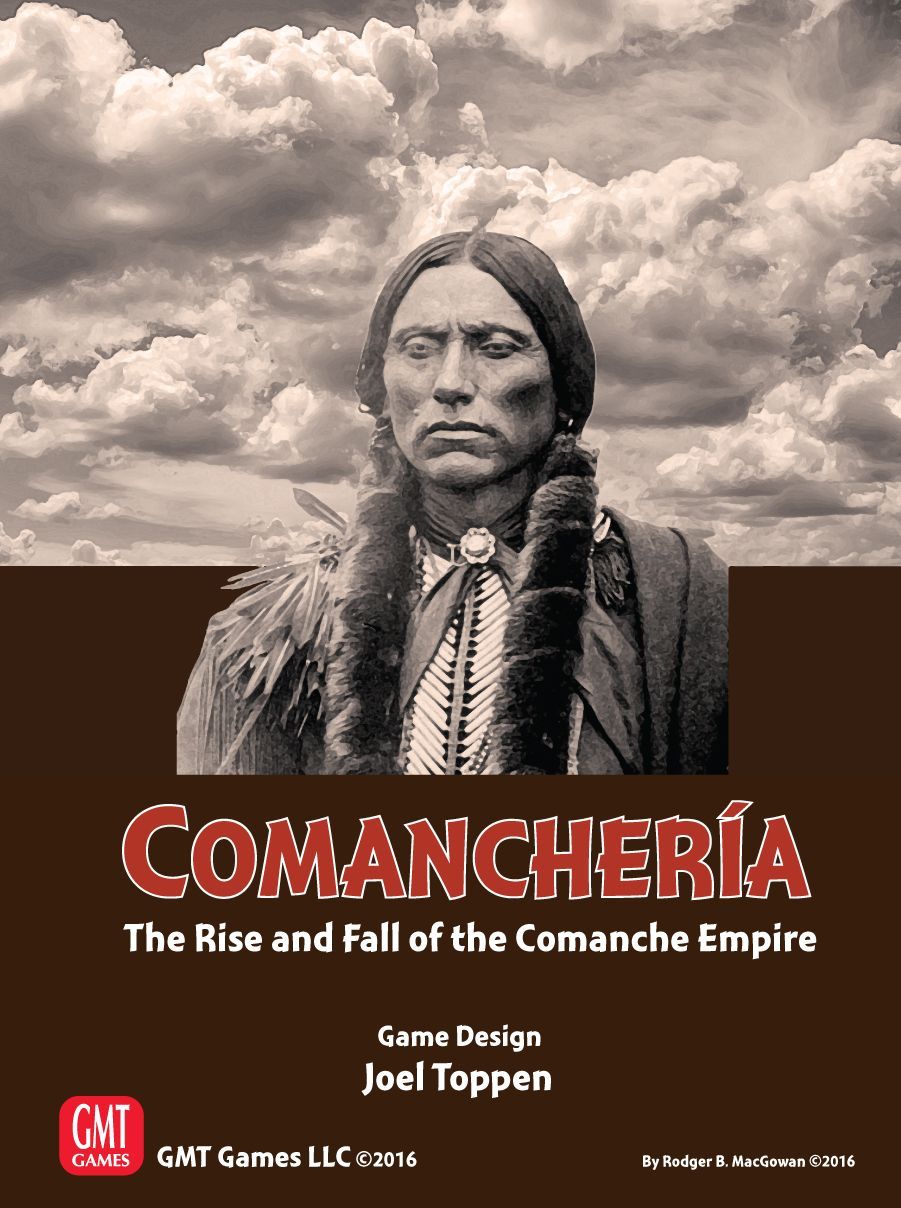 Comanchería is the second game in Joel Toppen's "First Nations" series. Like its predecessor, Navajo Wars, Comanchería is a solitaire game in which the player plays from the Native American tribe's point of view. In Comanchería, the player takes command of the Comanche nation. The player must drive hostile tribes from the southern plains, establish dominance over the region, set up trade networks with both friendly tribes and colonial powers, and finally defend all of this against relentless military and cultural attack. While many mechanics will feel similar to Navajo Wars, Comanchería is a very different game. Comanchería promises to deliver all the tough decisions and drama that Navajo Wars players have come to expect, but with a faster playing time and more streamlined victory objectives.