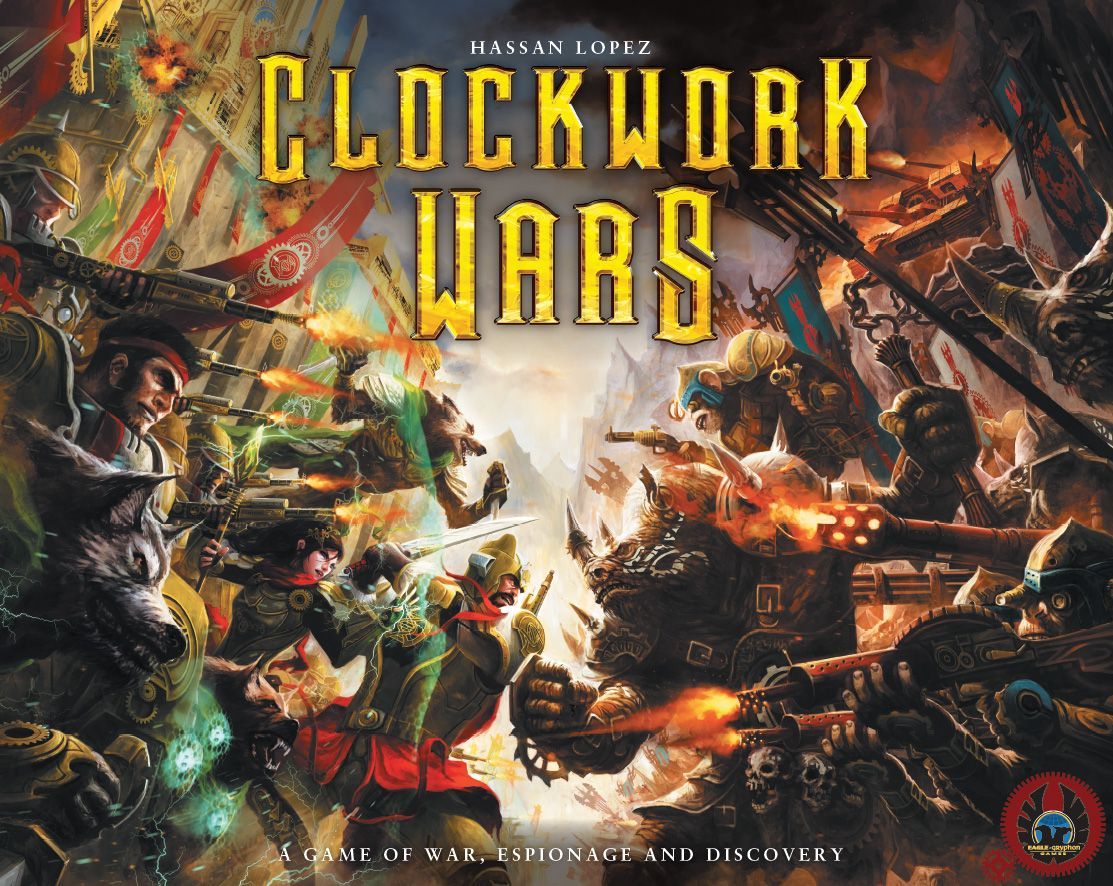 Game description from the publisher: Clockwork Wars is an epic board game of conquest, discovery, and espionage from Eagle-Gryphon Games. In Clockwork Wars, 2-4 players command a unique race of creatures in a tense war set in an alternate universe where magic and steam-era technology collide. Take control of the human "Purebreeds", or one of three hybrid races (Troglodytes, Rhinochs, and Mongrels). Your goal is to vanquish your foes and accumulate the most victory points through seven turns of play. You earn points by fighting for control of territories that contain valuable natural resources. To win these battles, you need manpower gained by seizing villages and developing them into cities. Invest in research and discover astonishing new technologies, like magical Golems, an Analytical Engine, and the wondrous Spire of the Gods. Position your troops, research powerful discoveries, employ espionage, and conquer your enemies to win the game! Clockwork Wars features: A modular map composed of hexagonal tiles and nine territory types (including manufactories, sorcerer's towers, and citadels) that allows for infinite replayability. Four different races to choose from, each with its own unique units. Hidden and simultaneous unit deployment that provides constant tension. Short turns packed with tough decisions. Simple, diceless combat resolution. A card-based espionage system. A unique "technology tree" that is different for every game. Research discoveries in one of three different disciplines: Sorcery, Science, and Religion. Light civilization-building mechanisms, as players upgrade villages into cities and research discoveries through three successive, historical ages. Rules for both "free-for-all" play, as well as an official 2 vs. 2 team variant