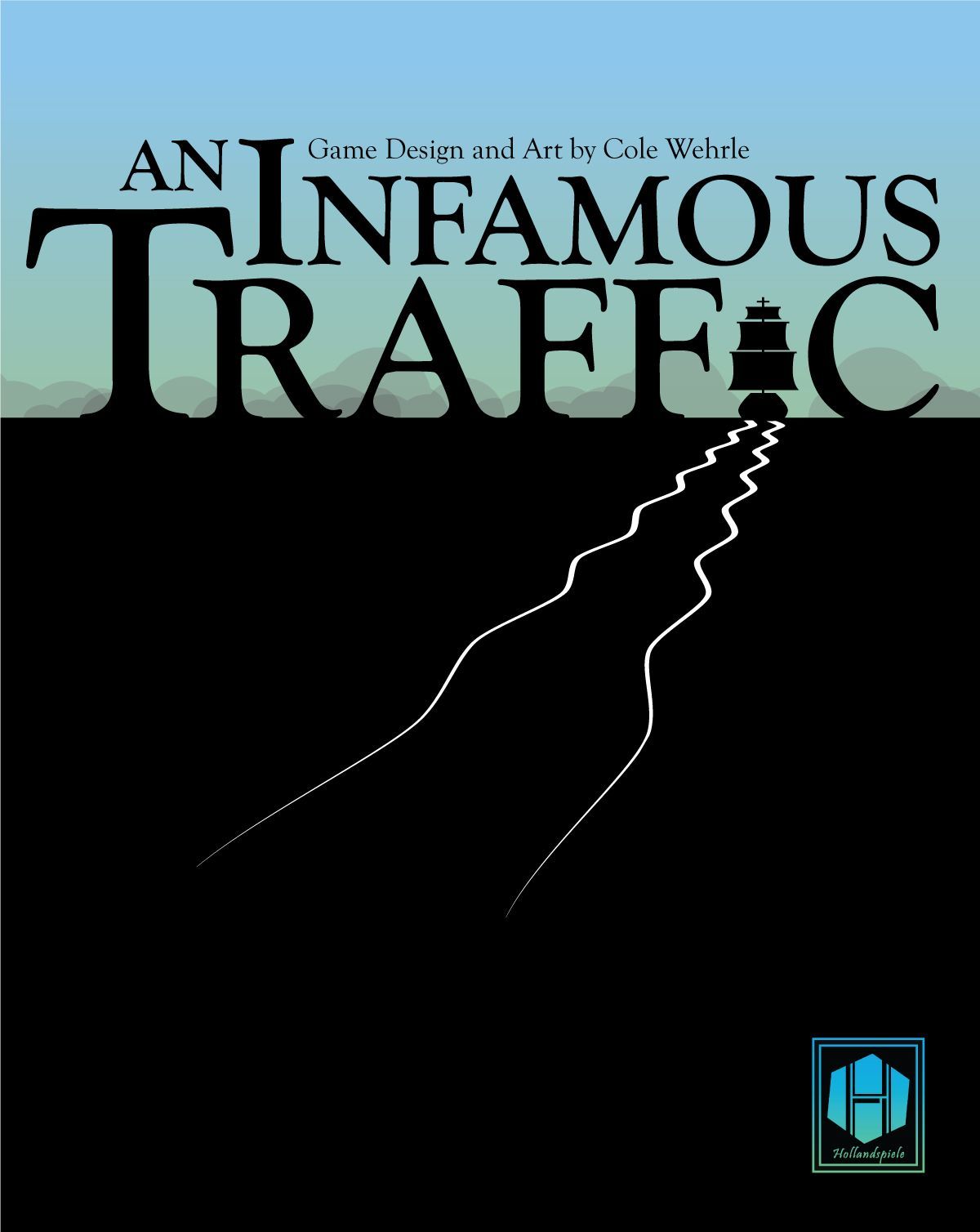 Description from the publisher: It’s 1833. The East India Company has just had its monopoly of trade revoked by an official act of Parliament. You, and others like you, see a golden opportunity for profit in China. For too long the Company’s polite deference to the Qing has smothered progress and stifled trade. There is real money to be made here and you intend to make it. An Infamous Traffic is a brutal economic board game for two to five souls brave enough to conduct the opium trade in the fracturing political landscape of 19th century Qing China. Initially, you will need to rely on smugglers in order to get your products into the interior, but, if Parliament can be swayed, perhaps an open war can make the trade more secure. At the same time, you’ll want to be careful. If British aggression goes unchecked, the region may become a failed state, which could jeopardize your hard fought gains. Of course, the massive wealth you’ll earn won’t be enough. Trade is still a dirty word among those in the top rungs of society. You certainly haven't forgotten how your business holdings were sneered at by some prodigal baronet during your brief stint at Oxford. They don’t understand. The empire they enjoy was built on trade, not pedigree. So, you’ll play their game, snatching up the precious symbols of nobility with your hard won cash. Perhaps you can restore a beloved castle and stuff it full of the latest luxuries. The right marriage or government post would certainly guarantee your place in society. You might even be tempted to rob your own firm to get that extra edge back home. In any case, there’s demand for opium in China, and you intend to meet it. See the Living Rules. (Source)