Time of Legends: Joan of Arc 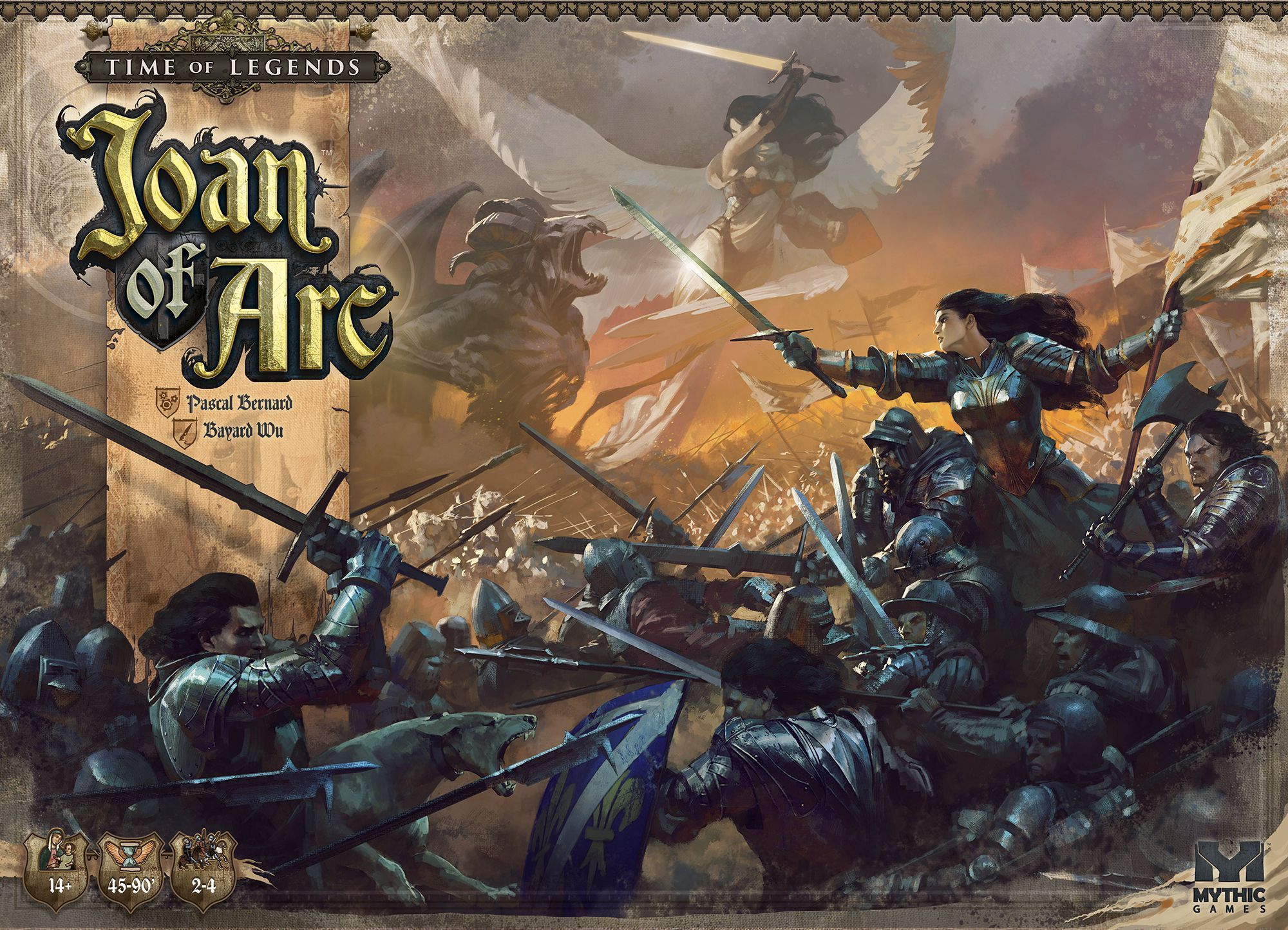 Time of Legends: Joan of Arc is set amid the tumult of the 100 Years War, when kings and princes struggle for the throne of France. This is the age of knights and squires, where chivalry is often spoken of, but rarely practiced. It is a time of both religion and superstition. Educated clerics fervently believe that angels guard the pious, and demons scourge the wicked, while the simpler folk watch the night for signs of werewolves and dragons. The game assumes that all of these are real. Joan of Arc is a story-driven board game that uses finely-sculpted miniatures and 3D scenery to set the scene for a game of cunning and skill (and a little luck). The game is a combination of interwoven card play, resource management, and position on the board. You will need to master all three to beat the best opponents. Getting your men into the right position, and heading off your enemy, will be no use if you cannot muster the cards and other resources to make the most of it. Joan of Arc allows a huge amount of freedom in your actions. In every turn, you can choose to spend or save resources, and when you come to activate a unit you can choose between combat, interrogation, search, exploration, prayers, and other actions. So, this turn, should you level up a hero, or spend that resource to buy a re-roll? Take extra actions now, or save them for later? Double-move that cavalry, or question the old woman in the woods? When and how to act are decisions you must make based on your objectives, and the situation on the board. And, what is the best decision one turn may be very different in the next. Players take the role of the various factions in the war, or of some of the supernatural creatures that have emerged from the shadows. The most famous heroes and heroines of the war are all here: the Black Prince, the Dauphin, Falstaff, and, of course, Joan of Arc herself. Each game is a unique scenario with its own map assembled from the gaming tiles, and a specified set of heroes and followers to achieve the scenario’s objectives. Each scenario has its own victory conditions, often different for each side. In one game you may be an inquisitor, seeking out a werewolf hidden among the peasantry; in another you may be a victorious raiding party, desperately fighting your way through an ambush so you can return to the safety of your castle. Scenarios range from small affairs with a few models and simplified role-play elements, to full battles with dozens of knights, archers and men-at-arms. All scenarios typically play in under an hour. The game also includes a battle mode, to fight out conflicts between armies of your choosing. —description from the publisher