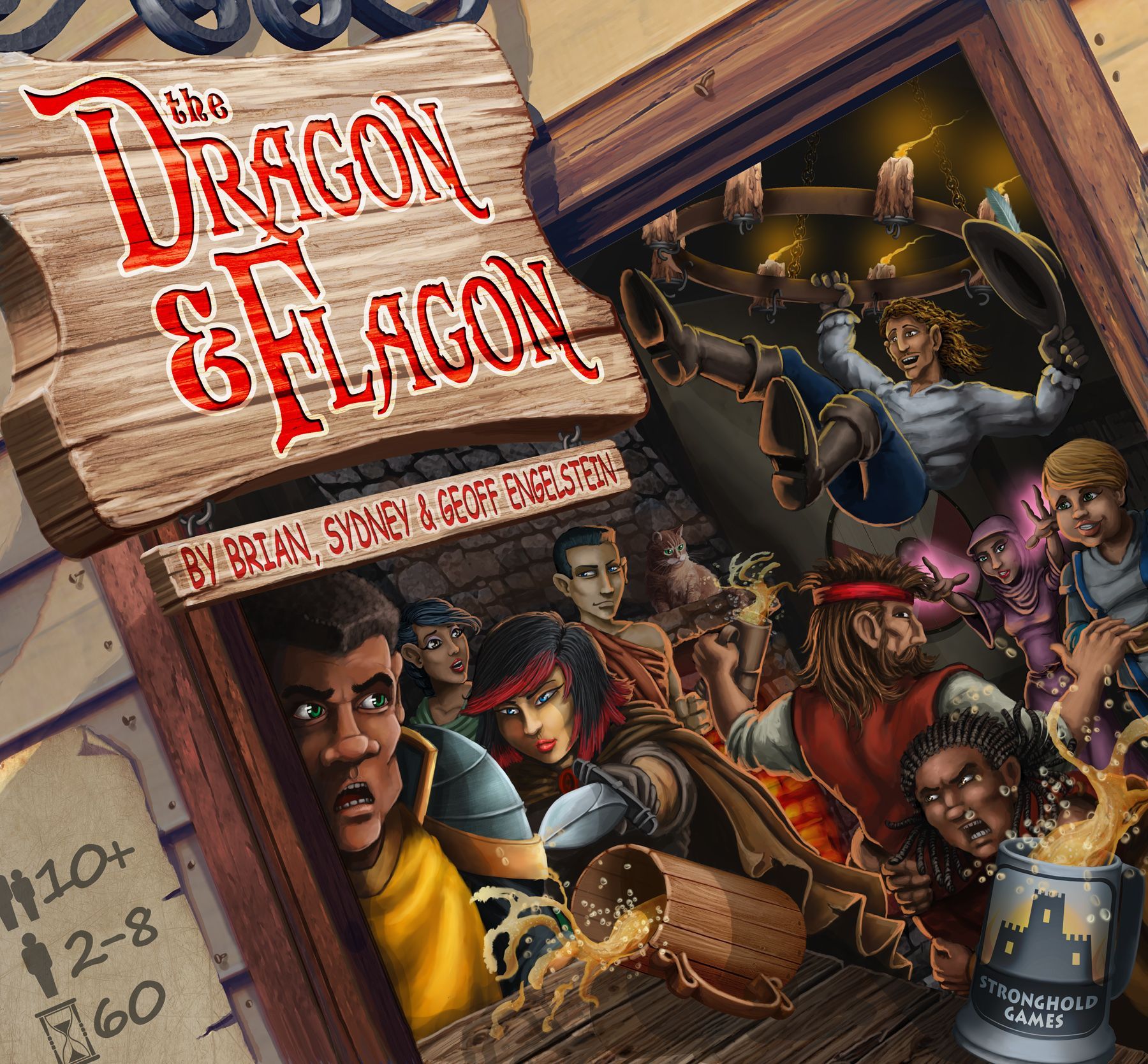 The Dragon & Flagon is a tavern world-renowned for its most magical drink, The Dragon. Legend has it that one sip of The Dragon can give a hero wondrous abilities beyond their wildest dreams — but with a tavern full of thirsty adventurers and only one flagon left, things are bound to go wrong. Prepare your magic and grab your weapon because there's only one true objective in this brawl — and it's not just a sip of The Dragon. Only one can win and emerge with the reputation as the greatest fighter ever seen within the walls of The Dragon & Flagon! The Dragon & Flagon is a game of chaos and mayhem for 2-8 players. Throw mugs, smash chairs, swing from the chandelier, sip from the legendary Dragon Flagon, cast spells, and pull the rug out from under your fellow adventurers as you attempt to build up your reputation and win the day! Play as one of nine unique characters in a 3D tavern environment that can be set up differently every time. Multiple play modes add even more variety. Will you leave with the greatest reputation from The Dragon & Flagon?