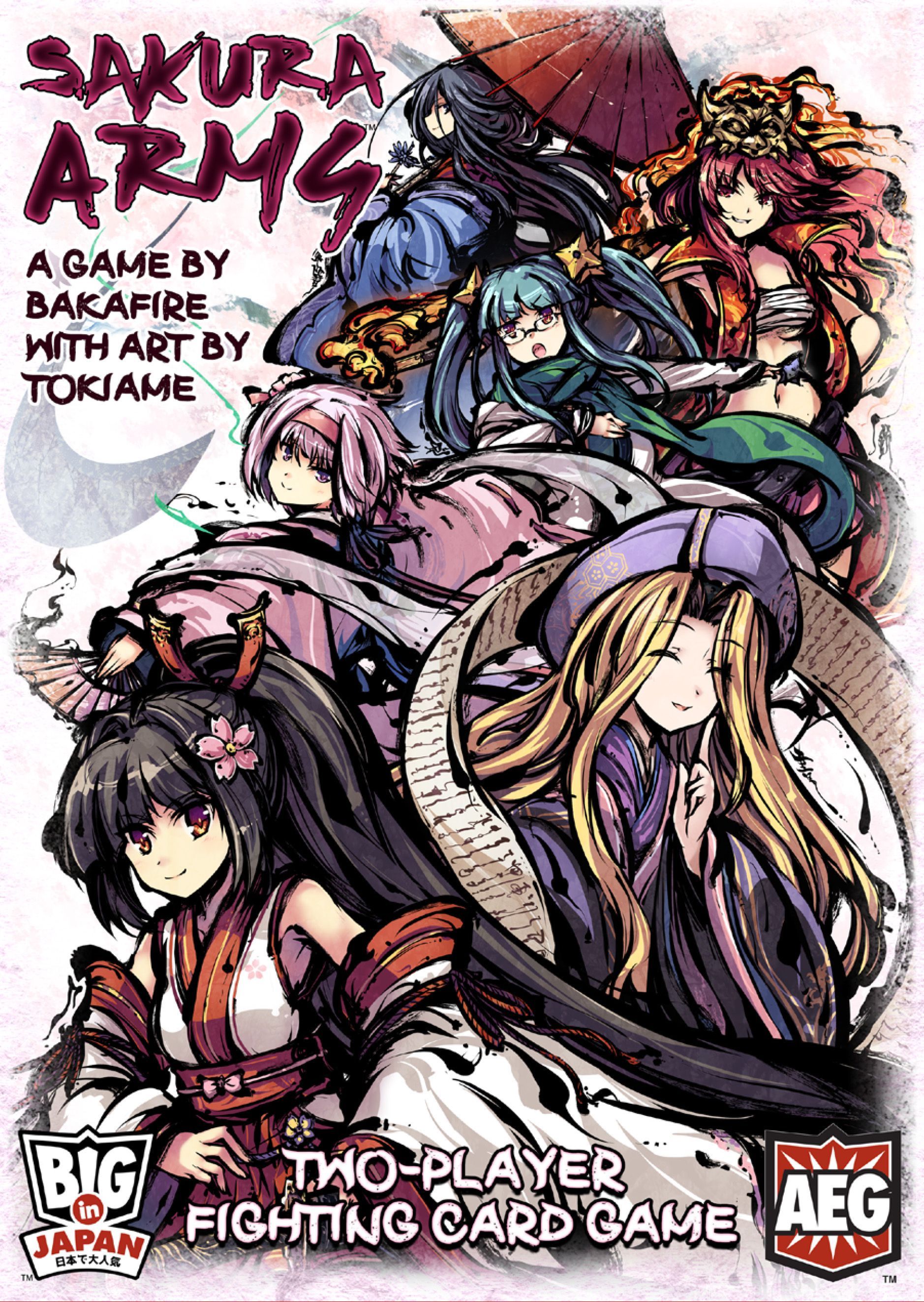 Sakura Arms — known in Japanese as æ¡&#156;é&#153;&#141;ã&#130;&#139;ä»£ã&#129;«æ±ºé&#151;&#152;ã&#130;&#146; — is a two-player dueling game in which players first choose two of seven megami (Japanese goddesses), each of which has a different keyword which empowers some of their cards. Players then see what the opponent chose before assembling a deck of ten out of 22 cards, with the players choosing cards both to take advantage of their own megami powers and to exploit their opponent's weaknesses. Players then duel to see who will be victorious. The game uses a single kind of token to represent life, distance, aura(defense), and flare(special energy). The tokens represent this based on the zone they occupy, by moving tokens between zones you attempt to gain the ideal position and set up to use as many attacks as possible, or be prepared to avoid attacks. The gameplay at its core is simple, and due to its limited environment, it is relatively easy to learn the cards for a deck building game. Building a deck and playing normally takes less then 20 minutes.