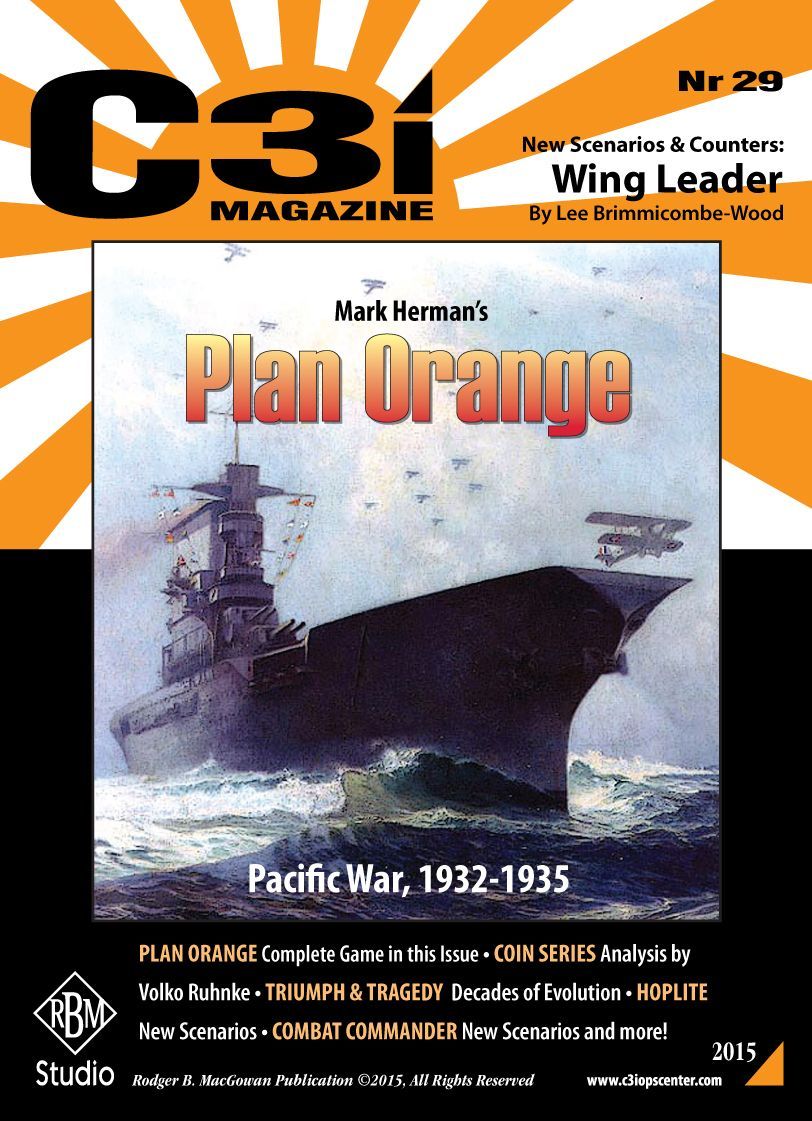 Plan Orange is a complete stand alone game inside C3I Magazine Nr29 published by RBM Studio that uses the "Empire of the Sun" (GMT Games) CDG engine to simulate a hypothetical Pacific war between the United States and the Empire of Japan in the early 1930s. The game features a 'what if' conflict based on the United States Orange (Japan) plans on how to respond to anticipated Japanese aggression in the Western Pacific. This is still the era of the Battleship ala Jutland supported by the early introduction of aircraft carriers that would be the capital ship that would dominate the real war that occurred 9 years later (1941). The game comes with a full sized map, 48 cards, mounted counters, and rules.