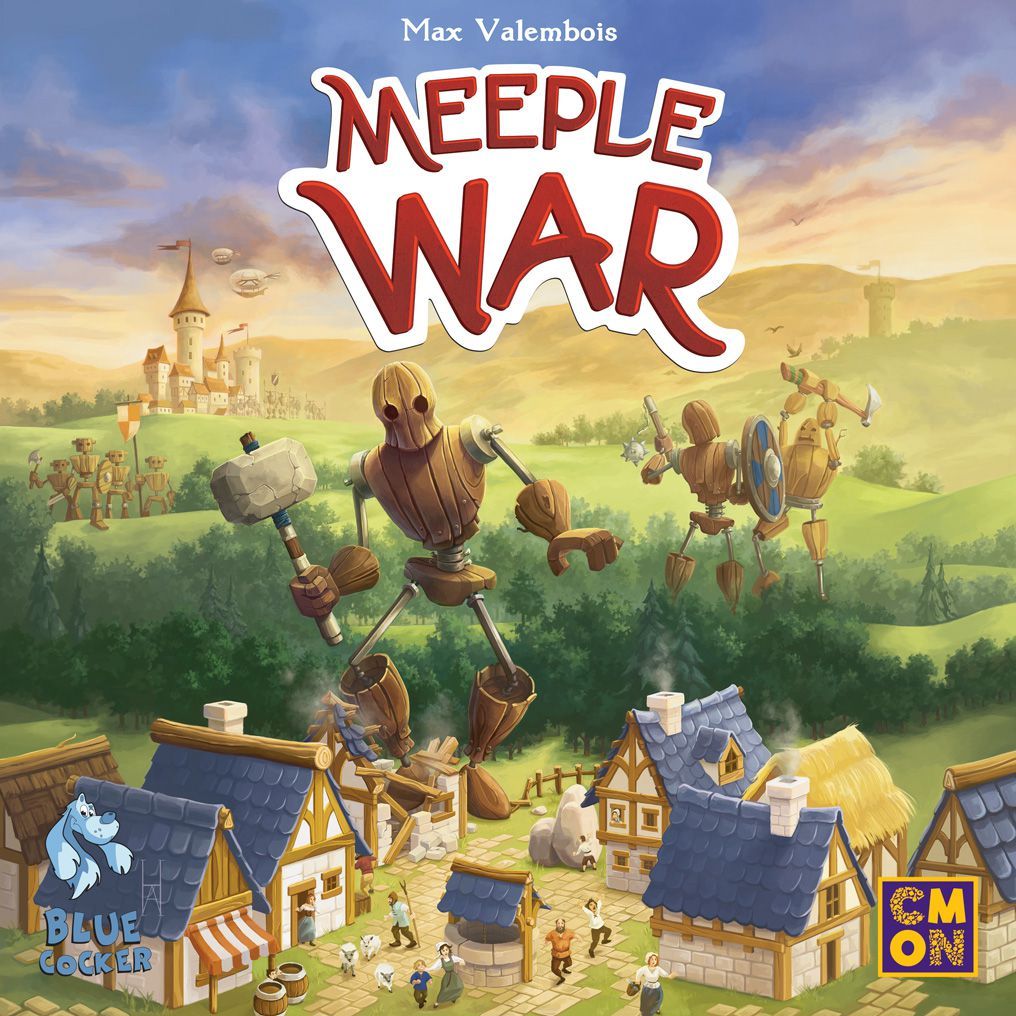 Before these elegant little wooden figures served faithfully in Carcassonne City and many other playful treasures, did you know that the meeples were originally battle vehicles for the four kingdoms of Lilliput? Embody yourself as one of the leaders of those kingdoms and re-enact (in actual size!) those tremendous battles of history. Develop your city, claim new territories, fight for glory, and destroy enemy cities: It’s time for meeple war! To win Meeple War, gain six victory points by fighting enemy armies, destroying enemy cities, and gaining control of areas. Over the course of the game, you develop your city, build powerful armies, fight and destroy buildings. In this game of timing and strategy, anticipation and diplomatic skill — or perhaps crying — is key to victory.