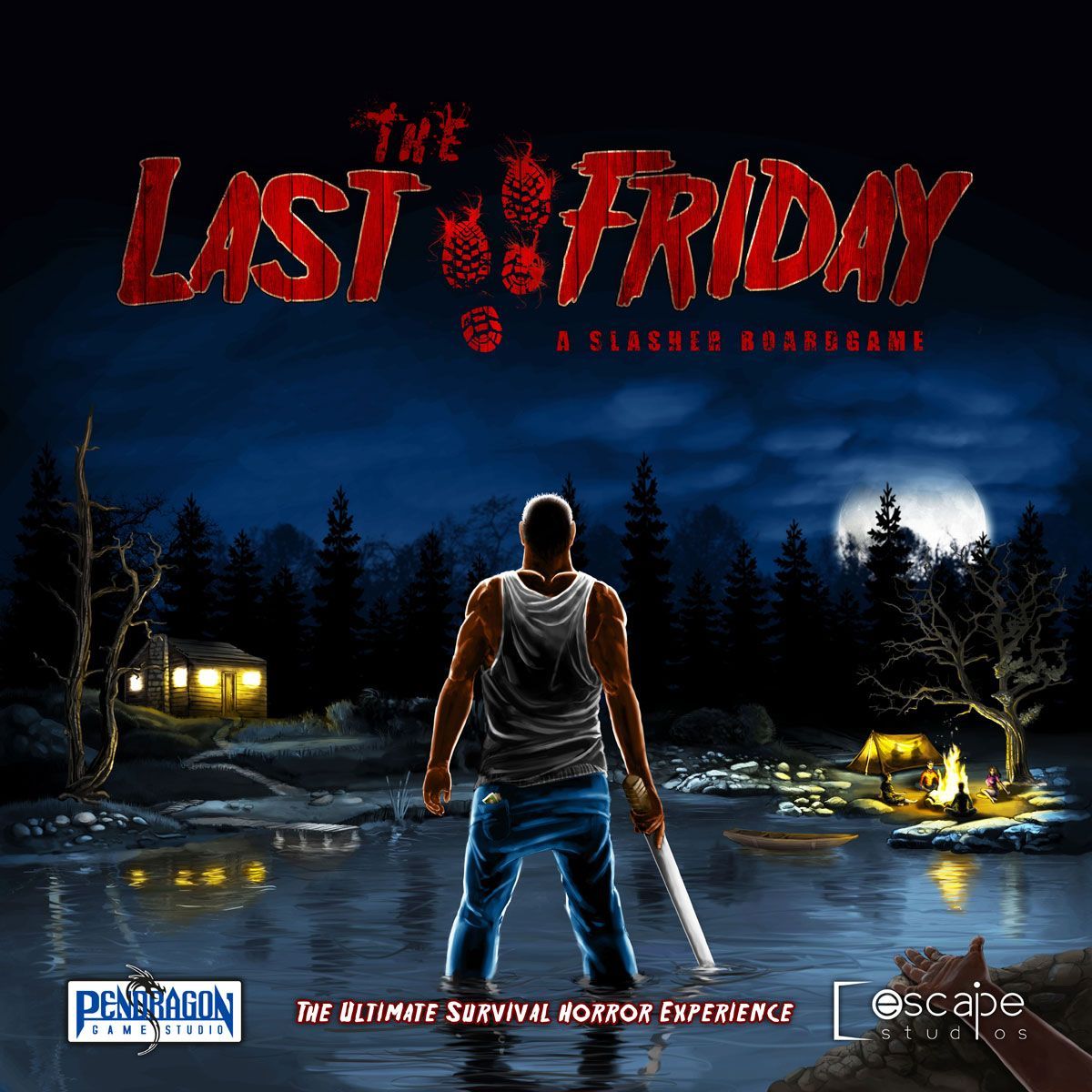 Last Friday is a hidden movement, hunting and deduction board game, inspired by the popular "slasher" horror movie genre. In the role of young campers, the players are challenged to survive a long weekend of terror – while one of them takes the role of the undying psychopath hiding in the shadows of the forest. In general, the murderer's goal is to remain hidden and to kill off each of the campers, while the campers are trying to fight back and kill the murderer before they are all killed. The game is played over four chapters — Arrival at the Camp, The Chase, The Massacre, and The Final Chapter — and each chapter plays out differently as the hunter becomes the prey, then comes back from the dead looking for revenge.