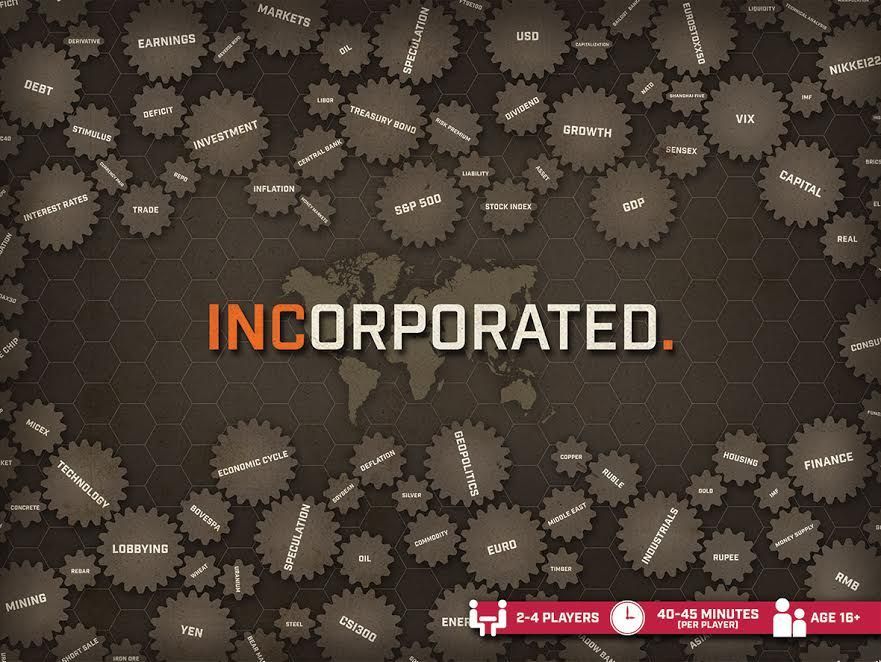 Incorporated is a strategy game of economic warfare, a simulation of modern-day markets, economics and politics. Incorporated places you as the CEO of a multi-national corporation whose aim is to profit no matter the cost. You acquire smaller corporations in global stock markets, borrow from debt markets to finance your investments, use superpowers like a pawn to invade third world countries and take their oil, lobby the governments to grant you more subsidies and compete with other mega-corporations for leadership in market share. Uncontrollably, the world is not in its most stable state either. Chances of a global economic crisis or geopolitical power shifts may ruin your investments. The game is set in a complex and dynamic global economy, where profitable industries, interest rates, global growth and geopolitical landscape change constantly and the scepter of an economic crisis always present. Players must analyze and influence these new trends. The world's superpowers may compete for world dominance but you care little about the grand chessboard, except when your profits are concerned!