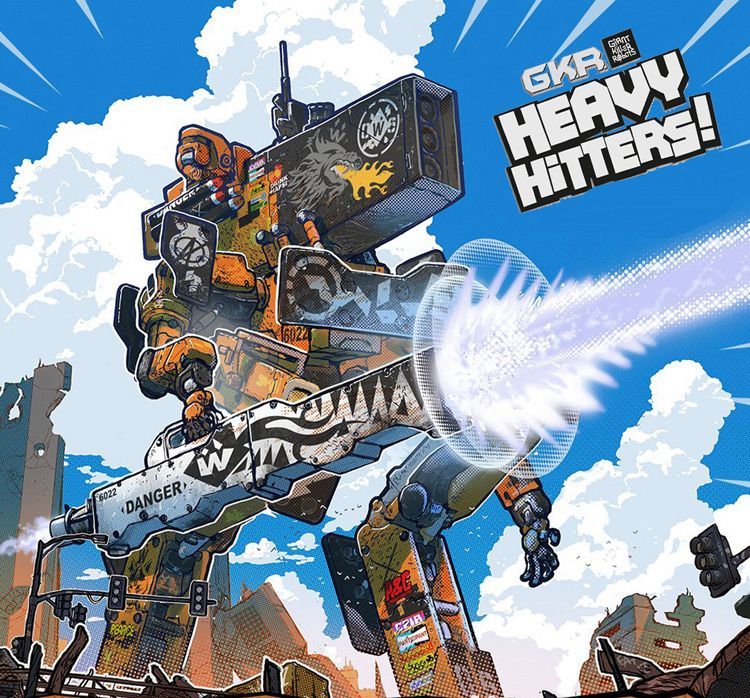 Welcome to the biggest sport of the future – GIANT KILLER ROBOTS : HEAVY HITTERS! GKR: HEAVY HITTERS is an advertising-driven, televised combat sport where mega corporations fight for lucrative salvage rights and advertising dominance in Earth’s abandoned cities. But more importantly, they need you! Your skills as a pilot and tactician are needed to win, gaining your Faction more fans, and more importantly, loyal consumers. You will be piloting a Heavy Hitter, the name given to the largest fighting mechs in the battle zone. Flanking your Heavy Hitter in these high stakes sport matches are 3 unmanned robotic support units, consisting of Combat, Repair and Recon. Fighting head-to-head using your Heavy Hitter, you control your entire team of GKRs, strategizing your way to victory. Any dumb mech-jockey can shoot, but can you STRAT? Guess we’re gonna find out! GKR: Heavy Hitters - A new boardgame set in the world of Giant killer Robots! The solo rules are included in the updated rulebook which comes with the game.