Explorers of the North Sea 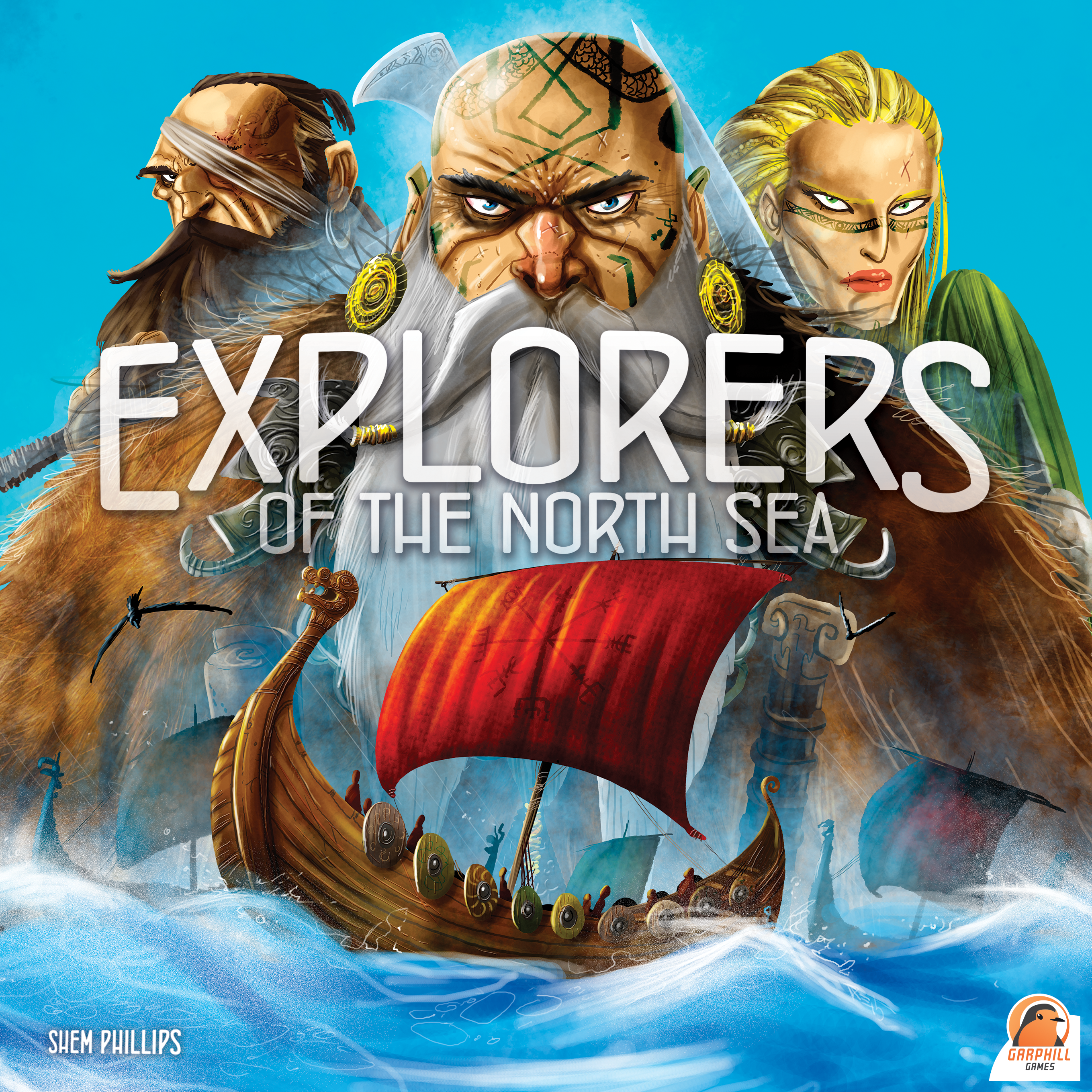 Explorers of the North Sea is set in the latter years of the Viking Age. As ambitious sea captains, players seek out new lands to settle and control. They will need to transport their crew among the newly discovered islands to capture livestock, construct outposts and fulfill various other goals. So ready the longships, there are new horizons to explore! Gameplay Overview Each player starts with 7 Vikings and a Longboat on a shared, central Island. From there players will place tiles and begin to venture out to the newly discovered Islands. Proceeding clockwise from the starting player, each player takes their turn in full. On their turn, players first place 1 of their 3 tiles, expanding the game board. They can then take up to 4 actions (any number of the following): 1. Load Longship 2. Unload Longship + Deliver Livestock 3. Move Longship + Destroy an Enemy Ship 4. Move Vikings + Raid a Settlement 5. Transport Livestock 6. Construct an Outpost (costs 2 actions) After taking their actions, players draw a new tile to their hand, ending their turn. End of the Game The game ends immediately after the turn where the player holding the Winter Token has no more Tiles in hand. This should be exactly 48 turns (there are 48 Tiles). Victory Points are gained from: 1. Delivered Livestock 2. Constructed Outposts 3. Destroyed Enemy Ships 4. Raided Settlements 5. Viking Deaths 6. Controlled Islands 7. Captain Cards The player with the highest total is the winner!