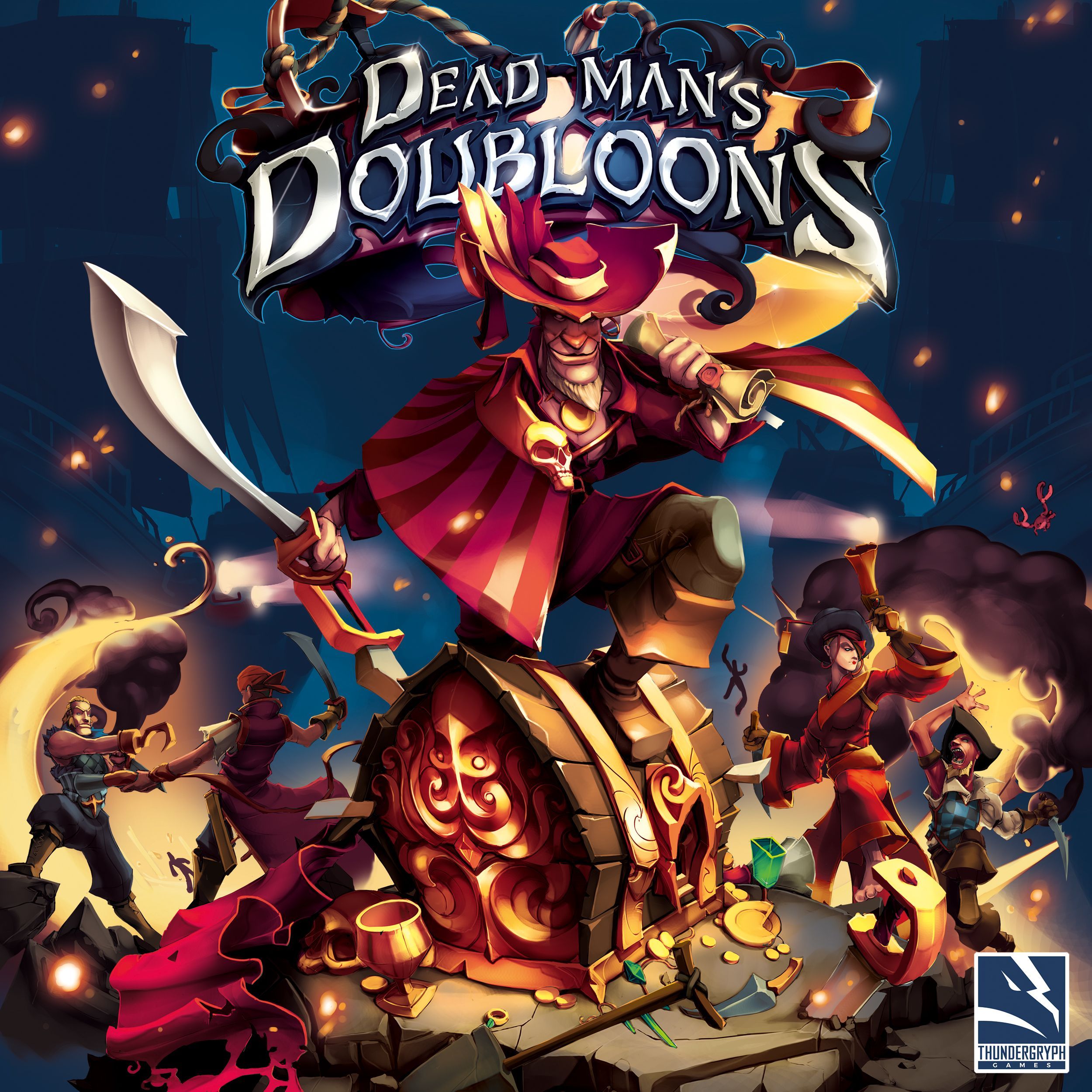 Welcome to Dead Man’s Doubloons, an action-packed board game in which players take on the role of a legendary pirate ship captain hell-bent on winning the race to endless riches of buried treasure. Fragments of treasure maps, gold doubloons, and precious jewels can all be stolen, as can the reputation of rival ships! Once the buried treasure has been dug up, ship captains return to their vessels to engage in a final epic battle on the high seas! As the game begins, pirate ships skirmish with one another while navigating the reefs surrounding the mysterious island, desperately searching for treasure map fragments and pillaging whatever they can. Meanwhile, the ships' captains and their landing parties follow one of several possible paths leading to the buried treasure, discovering additional riches and perilous obstacles along the way. Only the savviest of captains will manage to locate and dig up the legendary treasure. Having collecting their precious loots, the captains return to their vessels to engage in the final battle. Defeated vessels become ghost ships with cursed treasure, though with careful planning they may still emerge victorious. Once the captains have laid waste to their enemies and exhausted their options, the game ends and the richest pirate wins!