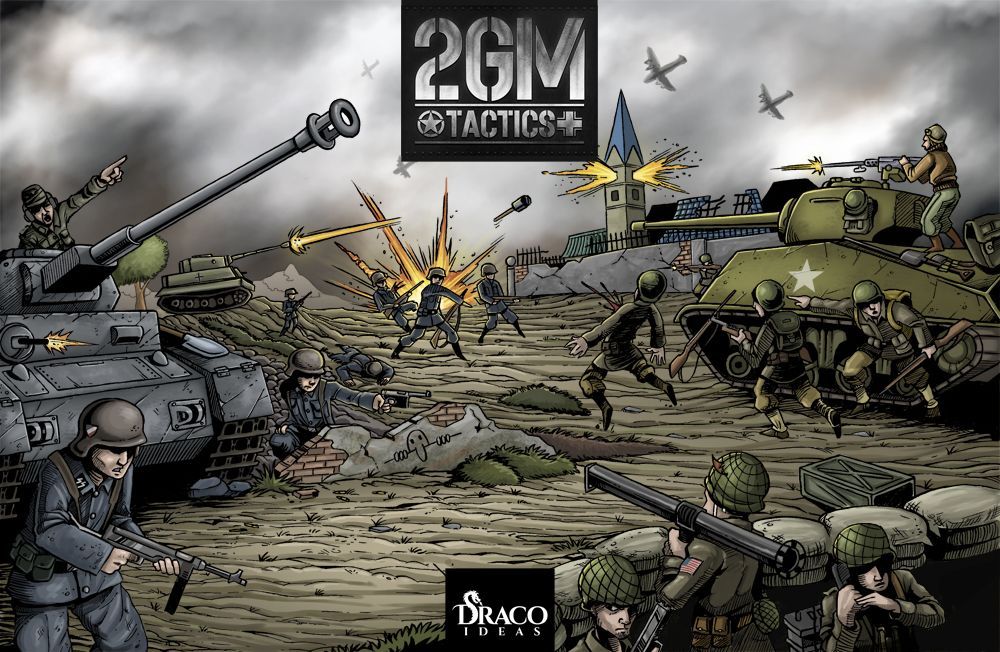 2GM Tactics is a full-fledged strategy card war-game where units are represented by cards and you’ll be in command of your army. You’ll have to build your deck to achieve the goals you’ve been tasked for. Gear up your troops for the battle; deploy all type of units: armor, artillery and transport units; request air support and deceive your enemy. Lead Patton or Rommel to the final victory; seize buildings; destroy your enemy and conquer the battlefield! Play historical scenarios: go ashore in Normandy, defend Monte Cassino or dig in the Ardennes! You can play 2GM TWG in two ways. You can play a “Battle Royal” - players will establish a number of points, they will set up the battlefield prior commencing the battle and the goal is to destroy your opponent’s Head Quarter; or you can play a “Scenario” – historical or not – with a predefined set of rules to deploy units and the terrain, and pre-established conditions of victory. In a player’s turn you’ll gain a number of “Action Points” that will be used to deploy new units on the battlefield and to employ other supporting cards. These Action Points will increase by several ways as the game evolves. “Objectives” to achieve the victory during a game are very diverse: from destroying your opponent’s HQ to capture the battlefield or inflict a specific number of kills to your enemy. Seizing or bombing a building, capturing enemy’s supplies, rescue a flag objective or hold a position for a number of turns are other ways to achieve the victory. The game includes three different decks: one for the American Army, one for the German Army and a third double-sided deck to represent different types of Terrain. Each side’s deck is composed by cards representing unique types of units and supporting cards. Different types of units - infantry, vehicle, armor, aircraft and transport -, all with their own specific capabilities and with additional equipment to be deployed. Supporting cards are assorted: you may find “Equipment”, “Promotion”, “Mines”, and “Diversion”, among others. Terrain deck includes anything that is needed to make every single battle a unique experience. Additionally, you´ll find Help and Summary cards along with Flag Generals that will improve your army with their command abilities; 2d10 and more than 100 counters (damage counters, victory points, etc.) and additional equipment to gear up our units depending on the situation.