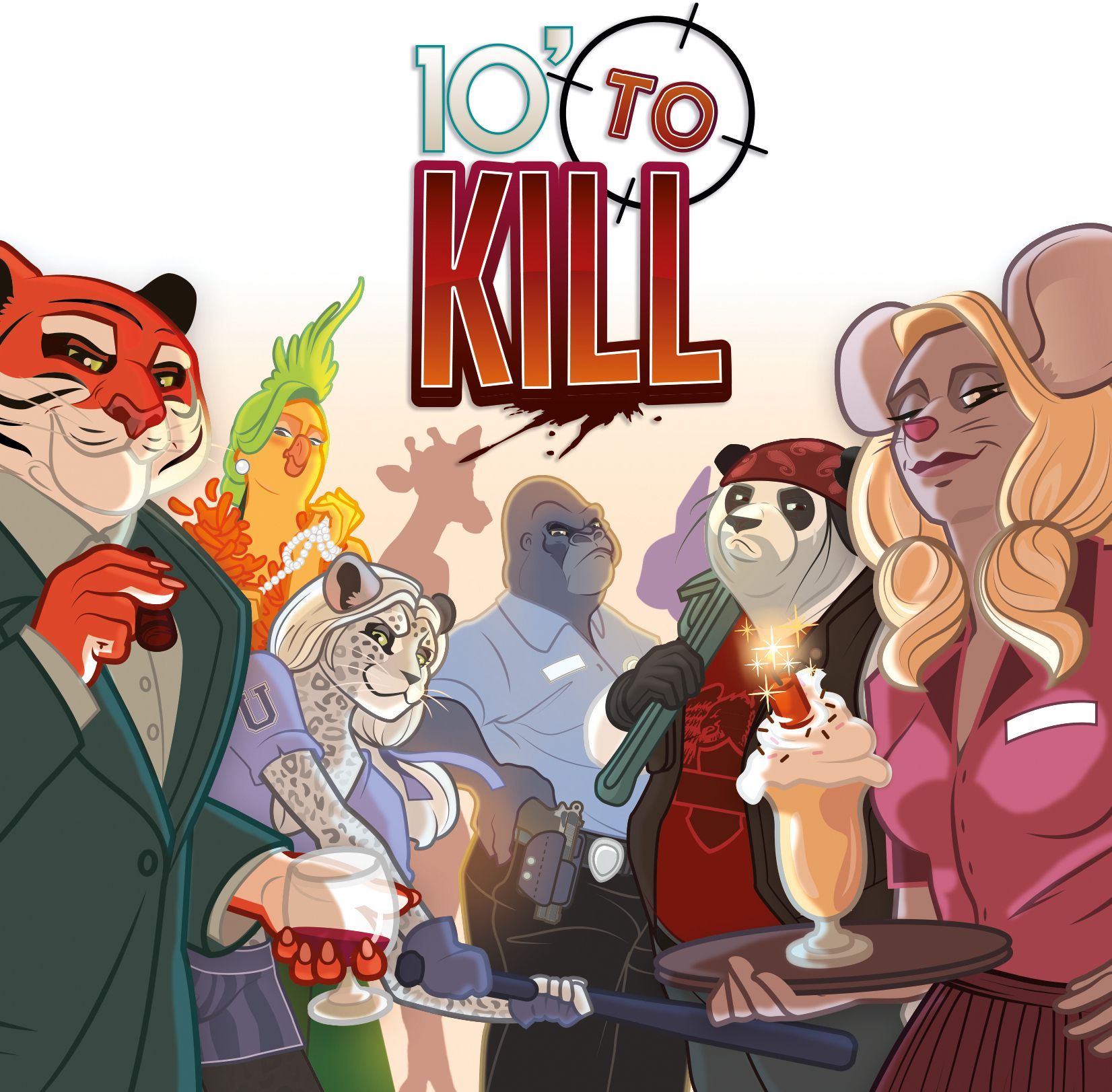 10' to Kill is a deduction game for 2-4 players that's played in about ten minutes. There are 16 characters on the board, and each player secretly embodies one of them. Each player also has three secret targets they must eliminate, without being discovered. The players have two actions each turn from the following choices: move any character anywhere on the board, eliminate a character (different ways of doing this), or make an identity check by the police. The trick is that when a character is eliminated, nobody says by whom or how! You must apply yourself in blending your true hitman in a crowd of possible suspects, or guess which character is the hitman of the other players. As time goes by in 10' to Kill, you will feel pressure and suspicion weigh on your shoulders. Ten minutes is a short time, but it can sometimes be very long when all eyes are on you! You'll have to bluff and use discretion to eliminate your targets...and maybe the competitor's hitman! Are you ready to become the most prestigious hitman?